If you haven't noticed, I haven't posted much here.  That's not because I'm falling to the lazy trappings of blog procrastination, but because I cruelly have had no content whatsoever to post up on my little fishy blog.

Although I had grand plans of swinging wets to steelies in Whistler and even going deep into the Nevada desert to fish to lower sections of the Truckee this Winter, none of that happened.  For one, I was home in Tahoe a total of zero days in four months.  And when I was spending time in Whistler, I simply had no time to cast four-bajillion times in freezing cold water to big chromey beasts.  I pretty much had to do this all Winter.  Yup, woe is me... 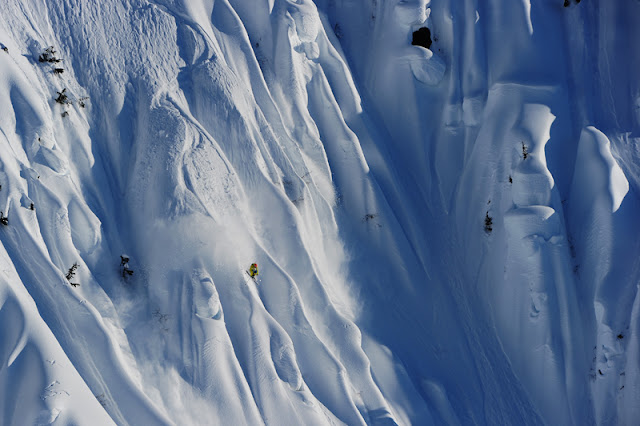 So I waited until May, even though I traveled all Winter with all my fly gear, to get my first line wet in 2012.

Luckily my last ski trip of the year typically happens to be going down to Mammoth Mountain for some meetings at the annual Salomon Jib Academy.  What the Jib Academy brings to me is end of the season spring skiing along with afternoons and evening spent down at Hot Creek.  Yup, as you probably guessed, skiing and fishing all in the same day pretty much rules.

In the morning, we'd be getting after the hill like this: Massive rat pack mobbing around in goofy clothes.  Pretty much the only way to Spring ski. 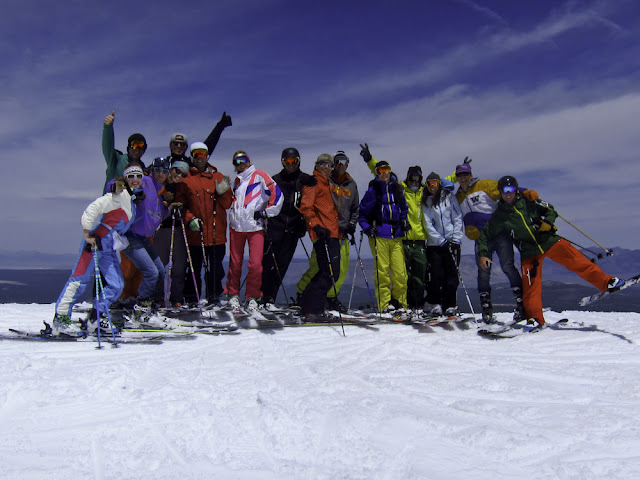 While the others would start downing aprés-ski beers I'd...well I'd have a few beers...then leave those guys and head down to the gorgeous Hot Creek. 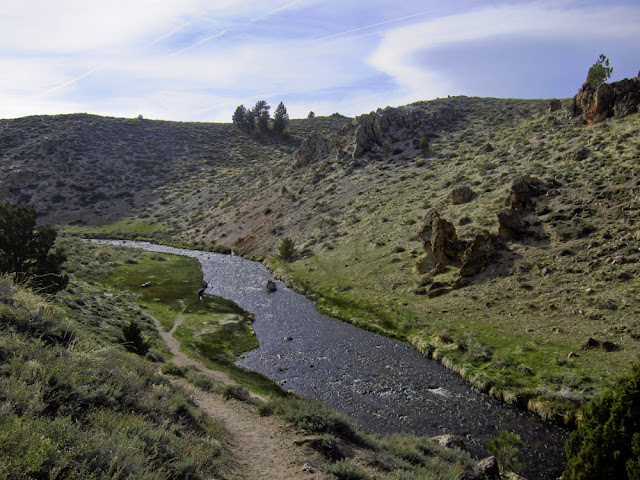 Scenery is reason enough to come down. 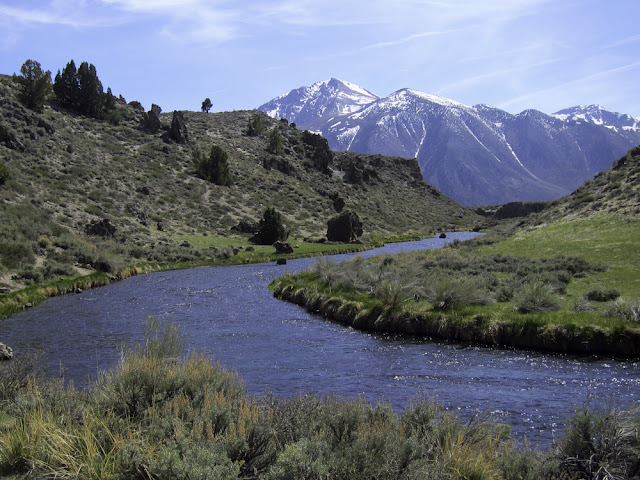 Yup, still not a sucky view 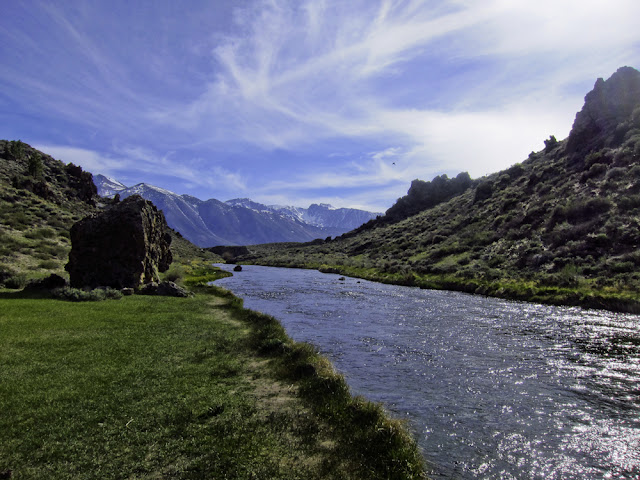 Being it this was the first bug-hucking of the season I got to try out my new superfine bug-hucker: an Orvis Helios 10ft 5wt Tip Flex. All I can say is that is by far my favorite rod I've fished with.  I'm sick of stiff, super fast action rods. This puppy for me has the power to cast into the wind (which is pretty much non-stop in Hot Creek) yet soft enough to slow your casting rhythm down and lay down effortless presentations.  Orvis made a fine fish catching stick with this one. I dig it. 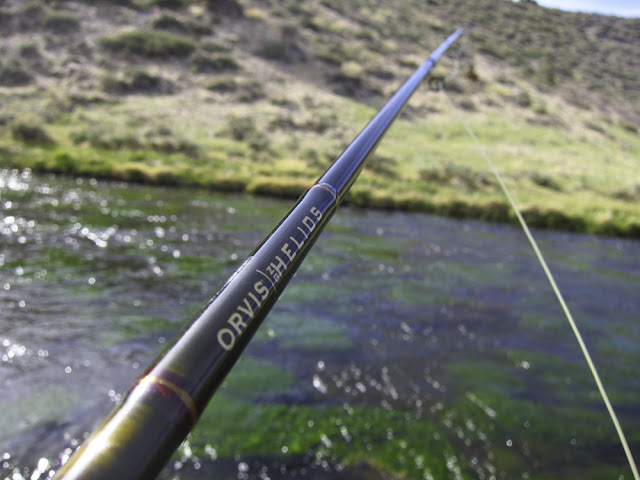 Brought the lady down as well.  She's my ultimate fish, ski, surf and bike companion. 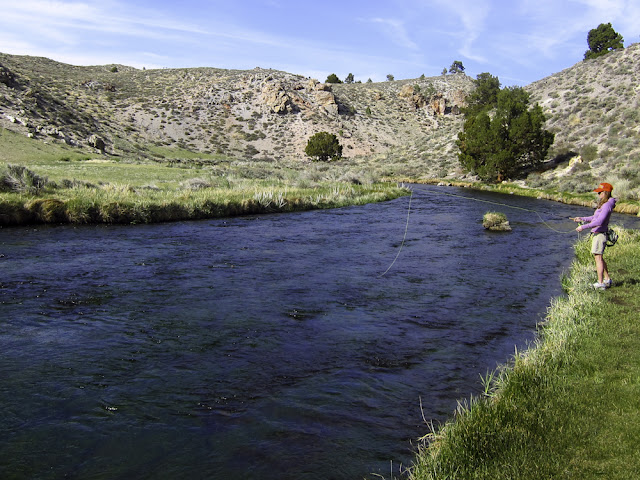 First fish of 2012! Nothing to call Mom about, but hell did it feel good to get tugged on and bring in a beautiful little trouty specimen. 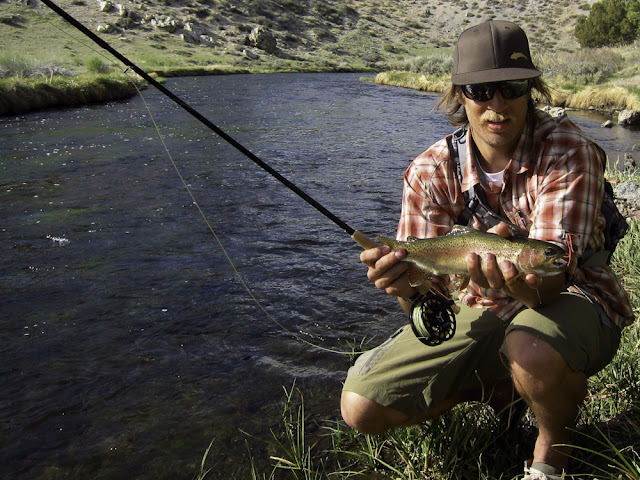 The skiing was all time fun but I won't talk about that since this is a fish-blog. But what else does fishing go along with?  Drinking.  So the last night of Jib Academy we made sure to do a lot of this... 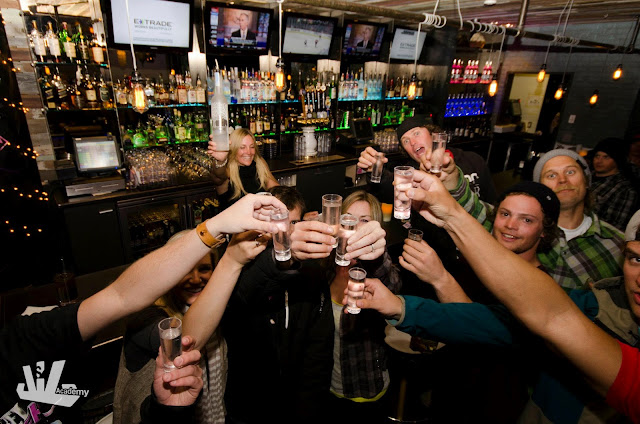 Yes...that's vodka if you're wondering.  We shoot vodka as a tribute to one of our fallen friends of 2012.  We made lots of tributes that night.

After crawling to the room at 3:30 am, I set the alarm for 6:30 am to hit up the East Walker on the drive back to home in Tahoe. 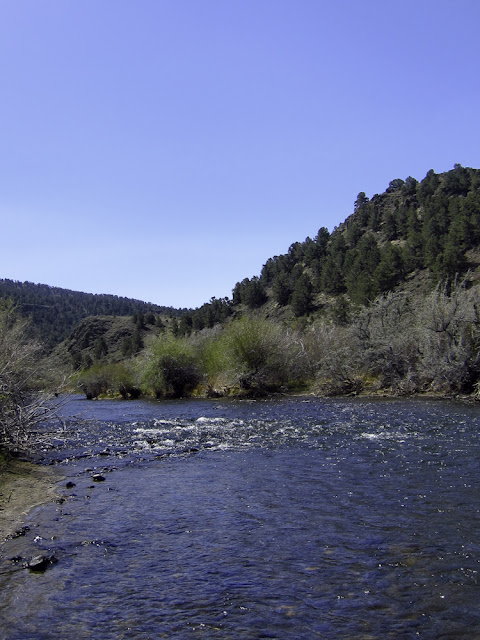 Elyse and my buddy Nick Patch down on a good roadside bend. 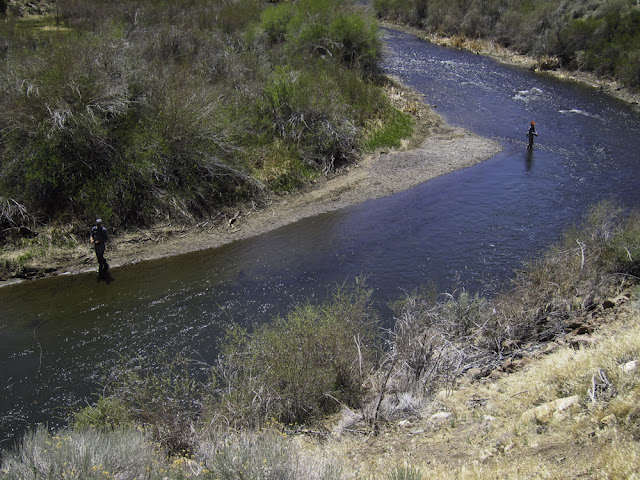 Nick drifting a run that we plugged for about 20 minutes.  The morning was decently slow in terms of fish action, despite numerous bugs coming off the water on a beautiful morning.  We rigged, re-rigged, switched flies and tried different tactics for this first hour and a half.  After being frustrated with only a few small tugs on what looked like an epic day, I finally decided to go full full-proof on my bug and tactic choices: An MFC Red Copper Bob (John) and Soft Hackle dropper with a lot of weight to get down deep.  This is one of my favorite "Fuck-it, I-don't-know-what-the-hell-the-fish-are-eating" rigs and this one paid off. 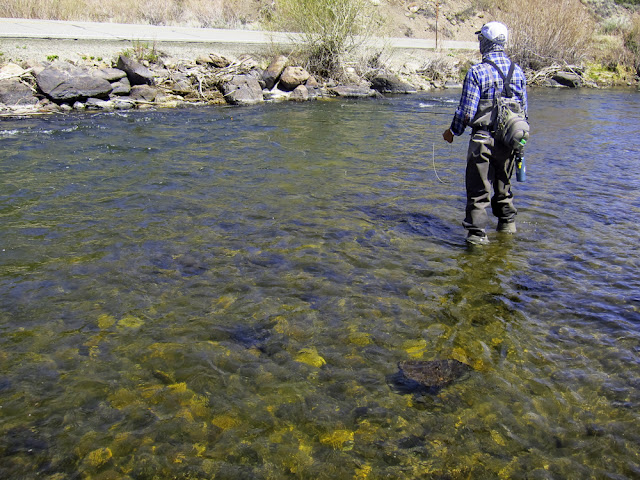 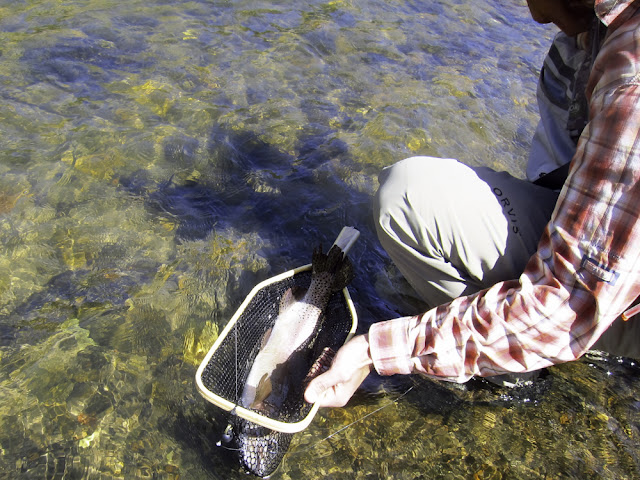 Hungover hog with a EW rainbow. 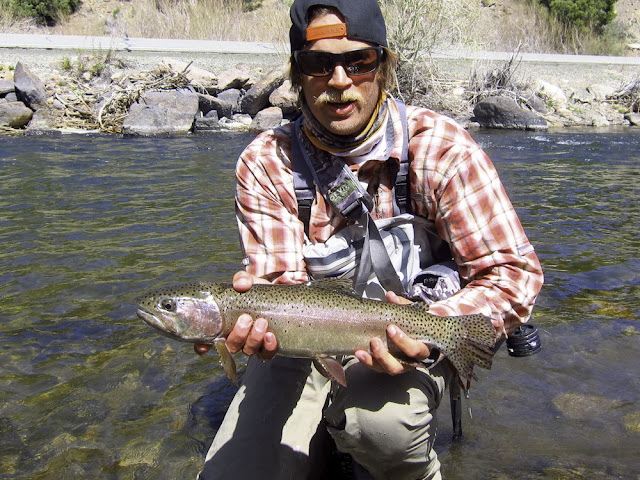 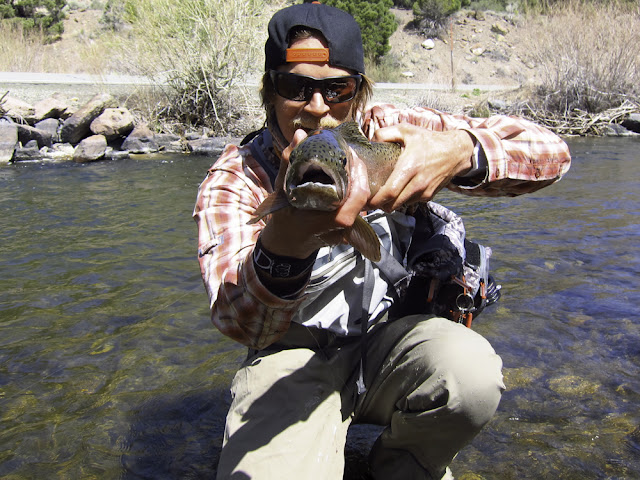 Feels good to be back.